Reading John Suchet’s Beethoven: The Man Revealed, LMP Chair of Trustees Nick Mallett encounters an imaginative and informed rendering of music’s hero, and considers how biography and history can help put a finger on what makes Beethoven’s music sound so good. 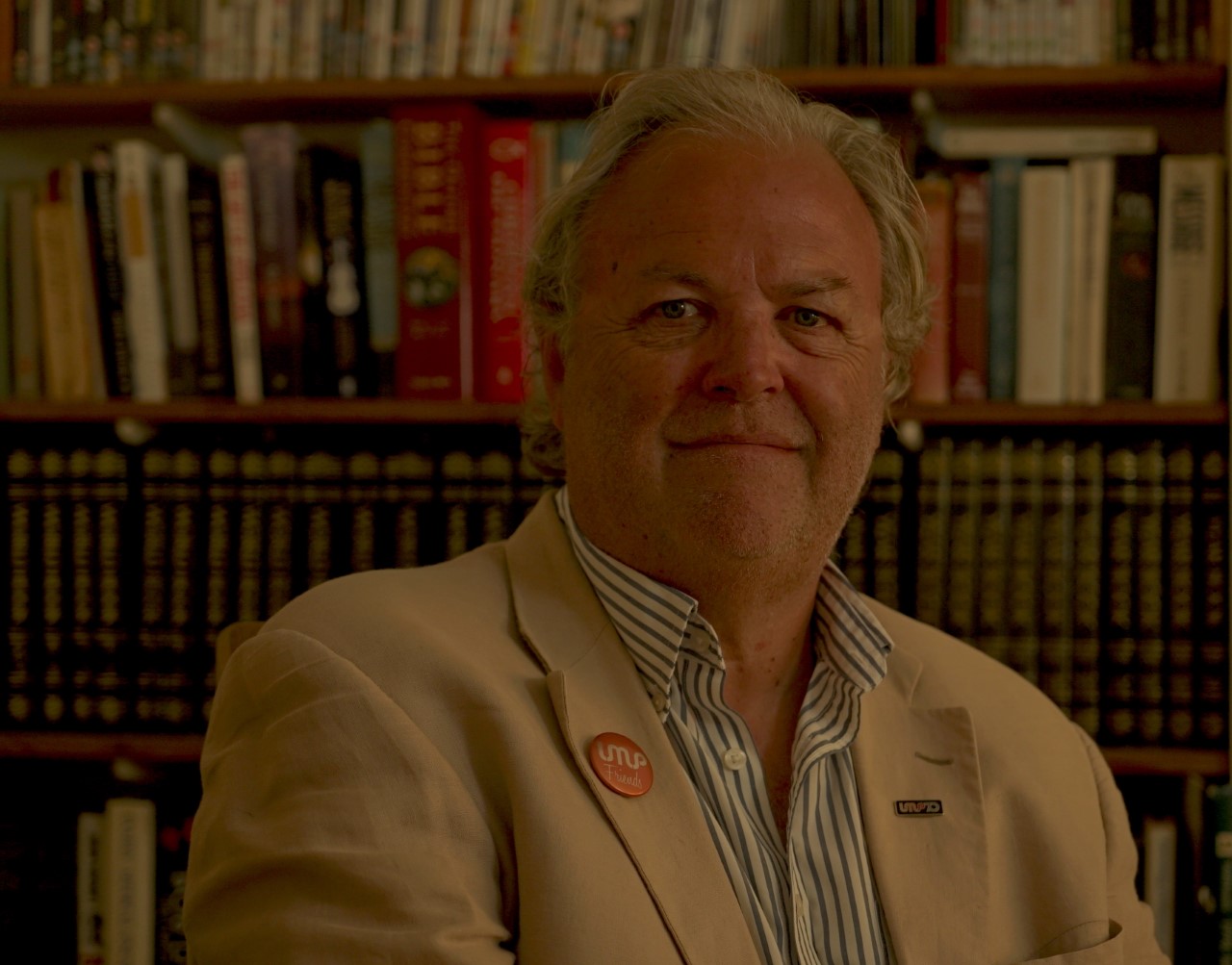 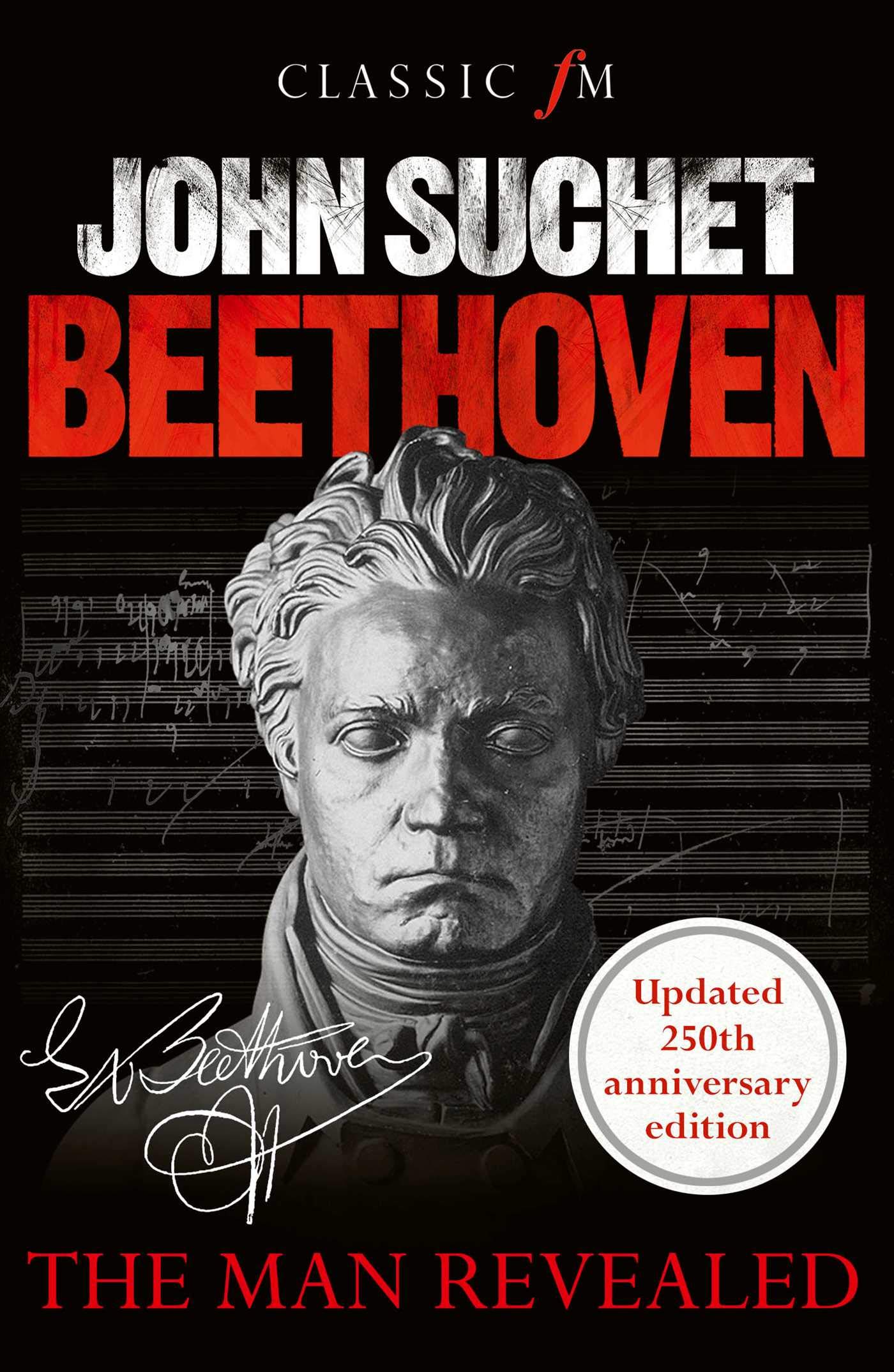 A jutting jaw, a leonine mane, he bestrode the world like a colossus, but more of my misspent youth anon.

What happens when you stand still for too long and everybody else takes a step back?  In the latest of many such instances in my life, I was recently challenged by Gabi (the LMP’s Marketing Coordinator) to write a review of this book. What could possibly go wrong? I can read. I have a copy of the book. I even adore the music of Beethoven. I have met the celebrated author John Suchet a number of times as we are both fans of the London Mozart Players. I am, it’s fair to say, also a fan of John Suchet, also of the jutting jaw and leonine mane.

Gabi gave me two weeks to write the review. That seemed fair as I only had books amounting to four feet of shelf space including two works by Stephen Fry (worth barely 2 hours each), and Wolf Hall, which surely I could knock off in an afternoon while learning to translate Mandarin into Tagalog and painting the outside of my house. So it came to pass and the days were accomplished (sorry, got carried away there) that I was able to open the book. By the way, please don’t speak to me in Mandarin or Tagalog and expect me to answer, and neither should you expect me to show you photographs of the outside of my house. Although if you happen to have a brush and a plentiful supply of paint, scaffolding and a week or so at your disposal, social distancing permitting, please give me a call.

Beethoven: The Man Revealed; warning, don’t read it if you’re expecting to learn exactly what Beethoven (the man) revealed. ‘Revealed’ would seem to be an adjective, not a verb; silly me! Ho hum!

Suchet explains that his book is intended to provide an insight into Beethoven’s music through the story of his life, rather than vice versa.  And what a life it was! Yuk! Fasten your imagination’s seat-belts, dear first-time student.

Poor old Beethoven; never lucky in love.  What would have become of his art if he had enjoyed a stable and loving home life?  Thinks, if I weren’t so happy with mine, could I have become a great composer? For the sake of mankind, and our grandchildren’s grandchildren’s grandchildren, should I forsake marital harmony in favour of the music of the spheres, or is that just a lot of balls? Is Mickey unable to fulfil his potential by reason of Julia’s domestic goddess status?  We’ll never know.

What is it about women? They can drive the most level-headed genius to alcohol. This is going to be the subject of my next great study. I’m two-thirds of the way there, but I have probably been concentrating too much on women and drink. Space this watch.

Suchet apologises a few times for what he calls ‘shameless fictionalising’ where he imagines a conversation.  No apology needed!  Where, as here, an author has evidently invested huge effort into his research, I think it is not only excusable but actually enhances the book.  Nobody could surely criticise an author for ‘quoting’ where there was no evidence of contemporaneous records, provided that, as here, there is an appropriate caveat and little scope for disbelieving the substance, based on that research and the respect due to the author.

Even the most crotchety amongst us would not quaver at the lack of notation, but this reader, being barely able to distinguish a treble from a clef[1], welcomed the minim-al role played by such considerations. GBDF and ACE were enough to send me into hiding.

Where we have to differ is in our overall assessment of where Beethoven ranks in the pantheon of composers. As chair of the London Mozart Players Trust, you would expect me to champion the claim to supremacy of our eponymous hero, and Suchet makes no secret of his greater admiration for the works of Beethoven. (And he comes along to our concerts?! I ask you!) A comparison of the private lives of our respective heroes might prove a rather different matter – not so much Celebrity Bake-Off, as Who do you think you are?, Strictly Come Cleaning, The X Factor, or (for those who prefer radio), In the Psychiatrist’s Chair.  But we are both wrong.  The great British public have spoken, and the garland has been awarded to Ralph Vaughan Williams.  Don’t you just love democracy?

Seriously, folks, I loved this book. It tells quite a story and maintains a balance between pace and information such that it was difficult to put down, and several meals were eaten cold and alone as it was in full flow when my Immortal Beloved called me to the table.  I was particularly taken by the description of the Theater an der Wien, where much of Beethoven’s work was performed, as being outside the Vienna city wall.  ‘It was therefore suburban, which gave it an entirely different feel from the ambience of the imperial court theatres – more relaxed, more innovative, and favoured more by ordinary suburban people, rather than the nobility.’  Vienna’s version of Croydon!

[1] Of course, I know that a treble is a male singer with a particularly high range, and a clef is what the Royal family enjoy at Beachy Head.

We’re running an exclusive offer on Beethoven: The Man Revealed with Elliott & Thompson Books. To get hold of a copy for £8 (free p&p, UK only), please express your interest by emailing info@eandtbooks.com and quoting BEETHOVEN20.

Read more news and blogs from the LMP

Sign up
Roderick Williams: for one night only – PRESS RELEASE