You are here: Home / Blog / Galleries / Memories of Max Jaffa – a Facebook-Live recital with Simon &...

Simon and Saoko Blendis present the music of Max Jaffa

For our #SaturdaySession on 6 June, Simon and Saoko Blendis have prepared a programme celebrating the music of Max Jaffa, one of the most popular violinists of his day, who was was famous for his ability to entertain and move people, as well as his sweet sound and charm.

Prior to the performance, we caught up with Max Jaffa’s three daughters, who shared some precious memories of their father with us. 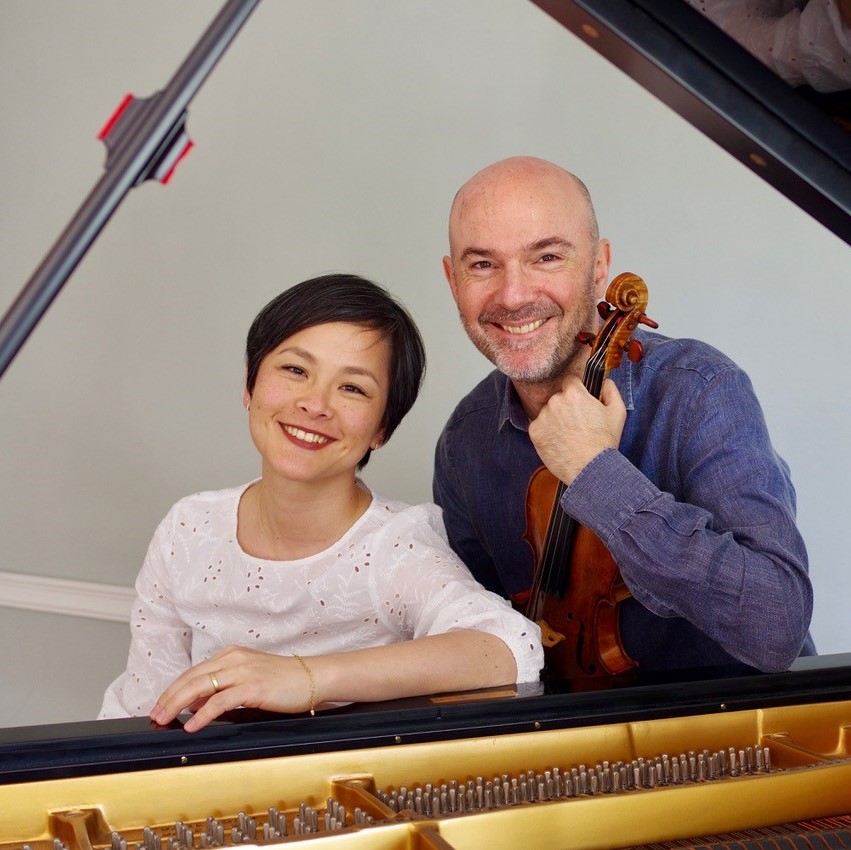 Max Jaffa was born on December 28th 1911 in a house in Langham Street, just behind BBC Broadcasting House. From the earliest age he was inspired to strive for the best – after all, it was on first hearing Jascha Heifetz (when his Russian immigrant tailor father took him to a recital at the age of eight) that Max knew this was how the violin should sound. And he was a perfectionist in all aspects of life – from immaculate handmade suits and shoes, vintage cars and the best cigars to golfing, curling and carving the Christmas turkey (he always said he might have been a surgeon). But he liked to make things appear easy and natural, even though as very much a ‘self-made man’, Max worked extraordinarily hard throughout his life to achieve everything he did and had, always holding himself – and those close to him – to the highest standards. His unceasing dedication to rigorous practice and a solid technique undoubtedly enabled his musicianship and consummate ease on the concert platform; he always liked to paraphrase Sir Thomas Beecham’s definition of music as being ‘that which enters the ear with facility and leaves it with difficulty’.

Throughout the 1950s, 1960s and 1970s, Max Jaffa was very much a household name, with a stream of regular series on both BBC radio and television attracting vast loyal audiences all over the UK. It was Max’s wife and regular on-stage partner, the contralto singer Jean Grayston, who persuaded him to go to Scarborough in 1960 for just one summer. This became a record-breaking 27 consecutive seasons between 1960 and 1987, during which Max conducted and played a concert every single night of the 17-week long summer season in the elegant Victorian Spa Grand Hall. That’s some 3,213 concerts in total. The hall seated 2,000 and his audiences were never fewer than 1,000 per night.  In all 27 years, Max missed just one concert – to attend the funeral of his beloved friend and colleague, pianist Jack Byfield.

Every summer, Max auditioned and recruited the Spa Orchestra (leader plus 3 violins, viola, cello, double bass, flute, oboe, clarinet, percussion). With only one rehearsal on the day of the opening concert, players had to familiarise themselves with a vast repertoire very quickly. The season in Scarborough proved invaluable training for young professional musicians, many of whom went on to play in the UK’s leading orchestras. Max was also responsible for devising every programme, and he prided himself on never repeating a piece within three weeks. This was to allow holiday makers to attend a fresh concert every night of their Scarborough summer holiday – and many did! Each programme followed a tried and tested format which incorporated an extraordinary range of music: operatic overtures, symphony movements, arrangements of classical favourites, light classics, television and radio theme tunes, medleys from musicals and by popular composers. The concerts also featured a different classically-trained guest singer each week, who sang a group of songs in the middle of each half (the only time Max could go off stage). Jean was always invited for the first and last weeks of the season, and audiences adored songs like ‘An Old Violin’ when there’d always be a husband and wife joke about the sweet obligato part being played by ‘an old violinist on a very old violin’. 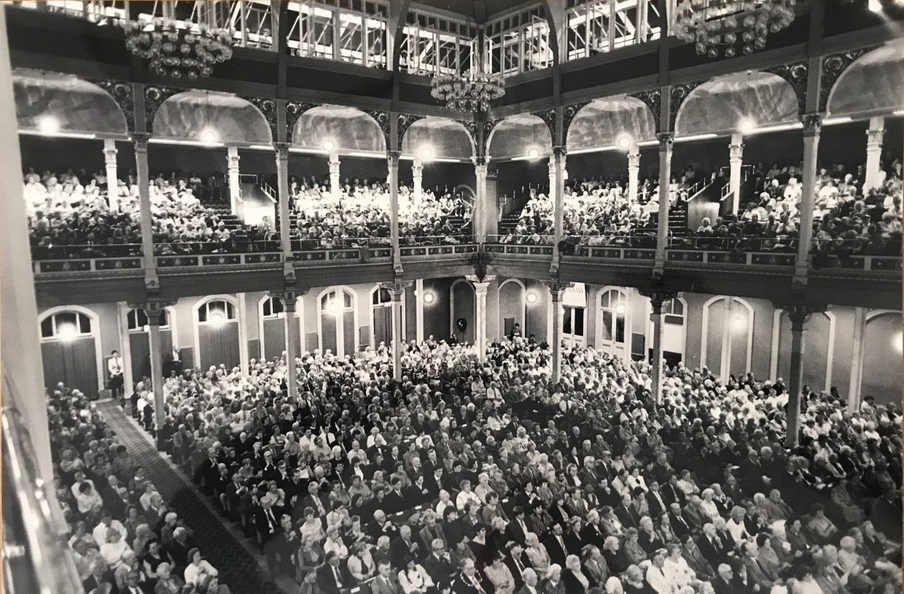 As well as the regular solo passages in most of the orchestral numbers, Max also played one straight solo every night, the second-to-last item on the programme.  He’d frequently decide what he was going to play as he walked over to the piano – fortunately Jack Byfield and subsequently Vincent Billington never seemed to mind not knowing what they’d be accompanying until the last minute! Max delivered his trademark bravura gypsy numbers with technical wizardry and wit (always introducing the Czardas with a straight face as ‘The Burnt Bottom’). There were tender popular songs like ‘Fascination’, ‘Jeannie with the Light Brown Hair’, the ‘Londonderry Air’. He relished immaculate versions of well-known classical pieces by, for example, Mendelssohn, Gluck and Handel, plus many of the best-known recital encores including Massenet’s ‘Meditation’ and Kreisler’s ‘Schön Rosmarin’. And when the mood took him, Max would treat the audience to the show-stopping arrangement of Gershwin’s ‘It Ain’t Necessarily So’ by his lifelong idol Heifetz. No matter how many times he’d played it before, Max always made every piece sound freshly minted and deeply loved.

In a career spanning some 60 years, Max was a pioneer of both the recording studio and of live broadcasts – on both radio and television. With effortless charm, he connected with audiences in front of him and with those listening or watching at home. If he were still playing today, there’s no doubt he’d have taken Zoom performances in his stride.

Sign up
Turn up the music: Jeremy Metcalfe’s Top 5 Tracks