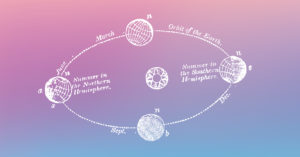 For 30 years Vivaldi held the appointment of music master to the Pieta Orphanage in Venice, and most of his compositions were originally written for the well-attended public concerts there.  All the orphans or abandoned children were girls, and many of them seemed to have been accomplished musicians.  No instrument was too masculine for them, and Vivaldi could therefore count on a good orchestra which included every kind of string or wind instrument in use during the early eighteenth century.  Like all composers of his time, he had specific performances and individual performers in mind for his works, and if he gave his young ladies difficult instrumental parts, he knew they could play them.  The Four Seasons are the first four concertos for strings of Vivaldi’s Op. 8 (published 1725), which bears the poetic subtitle ‘Il cimento dell ‘armonia e dell ‘invenzione’ – the trial between harmony and invention.  Each concerto has a programme of its own based on a sonnet, and words to indicate it appear throughout the score.  The programme is as follows:

Allegro:   Spring has come; song of the birds; murmur of the springs; thunder and lightning; return to peace after the storm.

Largo:   The goatherd asleep; the extraordinary loud notes on violas represent the barking of his dog.

Allegro non molto:  Man, beast and tree (or perhaps earth) suffer from the heat; song of the birds; the winds; the shepherd’s lament and fear of the winds.

Adagio:  The rest of weary limbs is disturbed by fear of thunder and lightning, and by furious swarming of mosquitos.

Presto:   Summer storm; the fears are justified; a thunderstorm destroys the harvest.

Allegro:   Song and dance of the villagers; the drunkard who finally goes to sleep.

Allegro:   The hunt; the pursuit; the dogs; the kill.

Largo:  Happy hours at the fireside while it pours outside.

Allegro:   Walking on the ice, slowly and with fear, turning and falling, running; the ice breaks; the sirocco and the boreal (South and North winds). 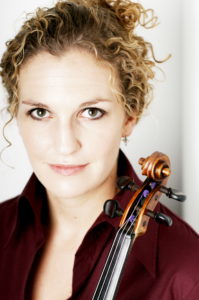