The Plot is Laid 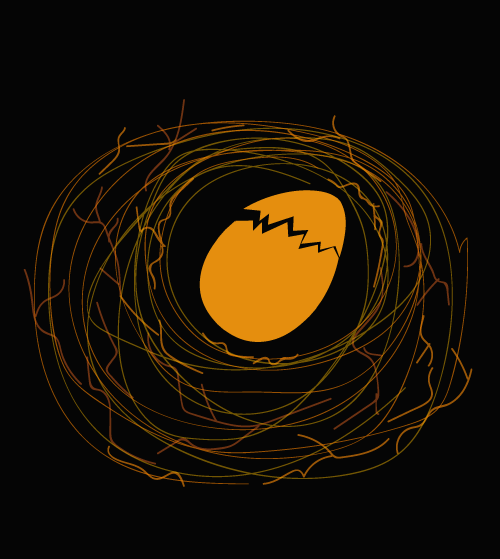 On Thursday 14th April 2016, the London Mozart Players will be performing the British premiere of Stephen Oliver’s completion of Mozart’s unfinished opera The Goose of Cairo (L’Oca del Cairo). Having only been performed twice before in its original form, in the run up to this performance of the opera we will be mapping out the journey of the Goose – From the hatching of Mozart’s story in 1783, to Stephen Oliver’s version taking flight over two centuries later, in 1990.

Now the story of Mozart’s longing to create an Italian opera to establish himself in Vienna has been told (read part 1 of Mozart’s story ‘The Hatching of the Goose’ here), we move onto the beginnings of a plot written by Varesco (a poet and clergyman whom Mozart had previously collaborated with on libretti).

Mozart’s letters make clear his discontent with the plot that Varesco had written. Whilst Mozart knew he’d had some inspired ideas for the music of L’Oca del Cairo, he didn’t want to waste them on a plot that was less than ideal. The story unfolds below…

Borrowing from a classic Renaissance story, Varesco came up with a plot with plenty of scope for the kind of comedy Mozart was after: maidens imprisoned in a tower, an elderly and foolish guardian, and some cunning and resourceful suitors who get in to see the girls with the aid of a giant mechanical goose and some assistance from the guardian’s long-estranged wife.

But even from the outset things were strained. Varesco seems to have sought a guarantee that he would be paid even if the opera failed, which annoyed Mozart considerably. On the other hand Mozart was very soon asserting the rights of the composer over the librettist (precisely the kind of thing which annoyed Varesco before) as seen in this letter to Leopold, 21st June 1783: ‘Of one thing he may be sure: that his libretto certainly will not go down if the music is no good. For in the opera the chief thing is the music. If then the opera is to be a success and Varesco hopes to be rewarded, he must alter and recast the libretto as much and as often as I wish and he must not follow his own inclinations, for he has not the slightest knowledge or experience of the theatre…’*

From which we can easily see that Mozart had no very high opinion of Varesco’s dramatic sense. Moreover, da Ponte had after all come up with a libretto: ‘an Italian poet here has now brought me a libretto which I shall perhaps adopt, if he agrees to trim and adjust it …PS. This does not mean that you are to give up prodding Varesco. Who knows whether I shall like the opera of the Italian poet?’ (05/07/1783)*

For the time being the plan held. In August 1783 the Mozarts visited Salzburg and Wolfgang took away with him a portion of Varesco’s libretto for the first act. By the end of the year he was writing the music. Alas, as often happens with inexperienced dramatists, Varesco could not really control the plot. Mozart was soon finding problems, and perhaps remembering just what trouble he had had with Varesco in the past:

‘Neither you nor Abbate Varesco nor I have noticed that it will have a very bad effect and even cause the entire failure of the opera if neither of the two principal female singers appears on the stage till the very last moment… The patience of the audience might hold out for one act, but certainly not for a second one.’ (Letter to Leopold, 06/12/1783)*

Varesco’s theatrical naivety perhaps showed itself in his suggestion that two cavatinas for the two principal female characters could both be sung to the same music:

‘That is out of the question, for in Celidora’s cavatina the words are very disconsolate and despairing, whereas in Lavina’s they are most comforting and hopeful. Besides, for one singer to echo the song of another is a practice which is quite out of date and is hardly ever made use of… the audience would hardly be able to tolerate the same aria from the second singer, after having heard it sung by the first.’ (Letter to Leopold, 24/12/1783)*

Eventually Mozart ran out of patience with Varesco. During early 1784 he had 17 subscription concerts to give; other projects had to go on the back burner:

‘In my last letter I wrote to you about Varesco and my opera. At present I haven’t the slightest intention of producing it. I have works to compose which at the moment are bringing in money, but will not do so later. The opera will always bring in some; and besides, the more time I take, the better it will be. As it is, the impression I have gained from Varesco’s text is that he has hurried too much, [and I hope that in time he will realise this]. That is why I should like to see the opera as a whole (he need only jot it down in rough and ready fashion). Then we can make drastic alterations. For by heaven there is no need to hurry. If you were to hear what I have composed, then you would wish, as I do, that my work should not be spoilt! And that is so easily done – and so often. What I wrote has been put away safely…’*

And put away was how it remained, for the rest of Mozart’s life.

*All letters from: Emily Anderson, Letters of Mozart and His Family, 3rd edn. Rev. Sadie & Smart

To follow the story of The Goose of Cairo as it unfolds over the coming weeks and to keep up to date with all the latest news on the performance, visit our dedicated webpage.

Buy tickets
The Hatching of the Goose

The Making of the Golden Goose
Scroll to top