You are here: Home / Blog / News / OUT TOMORROW – The world premiere recording of Parry’s Jud...

The first full London performance since the 19th century of Hubert Parry’s stunning oratorio Judith took place in April 2019 at the Southbank Centre. After a critically acclaimed performance that revived this magnificent work, we undertook a recording with William Vann, Crouch End Festival Chorus and Chandos. We are delighted to be announcing the release of this neglected masterpiece, this will be the very first time it has ever appeared on disc.

Having been commissioned by the Birmingham Festival, Parry decided to combine the Old Testament stories of Manasseh and Judith. A good deal of the libretto was provided by Parry himself, who took other texts from the biblical books of Isaiah, Psalms, and Judith. Having originally conceived the work in four acts, Parry condensed it into two. Judith was premiered by Richter in Birmingham in August 1888, and it consolidated Parry’s reputation as a choral composer, numerous performances following in Edinburgh and in London. Although popular in his lifetime, Judith fell into obscurity after Parry’s death. 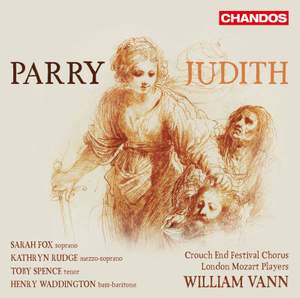 Pre order your copy via the link below:

John Suchet book signing at ‘Celebrating with Beethoven’ on 8 M...
Scroll to top