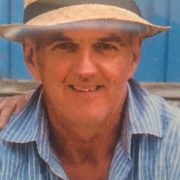 I suppose it was as head chorister in a third-rate church choir, receiving the Fane Trophy, engraved ‘For General Progress’, that I perhaps realised my prospects of being a celebrated musician were to be down-graded. Being ‘the excellent leader’ (Oxford Mail) of the County Youth Orchestra counted for nothing as a student at the Royal Academy of Music. But by being generally inoffensive and largely invisible I have enjoyed a rich and varied career freelancing with orchestras including the RPO, LPO, BBCSO and Royal Opera Covent Garden. Opera has played a major role, being a member of ETO and GTO. I have probably played The Marriage of Figaro over 200 times, a record possibly unmatched?
On screen I’ve appeared in scenes with Keira Knightley, Meryl Streep, Hugh Grant and Michael Caine. Other highlights include concerts with George Harrison, standing at a urinal next to Andre Previn, and a few more. Downsides have been multiple Saturdays ruined by disappointing Everton results and late night motorway closures. Early in my student days I narrowly avoided death from a falling slab of frozen meat in Marylebone High St.
Embarrassing moments have been mercifully few, but the discovery that it was my mobile phone ringing in the hushed final moments of Boheme, and my subsequent inabilty to silence the wretched thing stands out. The fact that it was in full view of a packed hall was irksome to say the least. And the caller? LMP’s Orchestral Manager, Mr D Wilson. It obviously hasn’t spoiled our relationship as, for the time being, I still hang on to my membership of this esteemed group. Outside interests? Birding, gardening and the Guardian cryptic crossword.