Our Guest Junior Blog gives aspiring young writers the chance to have their writing published. 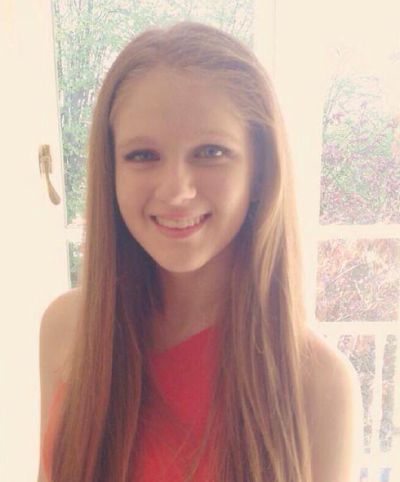 A keen violinist, Sarah is launching our first ever Guest Junior blog posts and will be leading the way for many aspiring writers to come. Sarah is a pupil at the Grey Coat Hospital School in Westminster and has just completed her AS-levels. After completing her A-levels, Sarah plans to study English Literature at University.

What Makes a Musical Genius?

I was out for dinner a couple of weeks ago with my family when my brother and sister struck up a debate as to whether Beyoncé or The Beatles should be considered musical geniuses on the same level as some of the great classical composers. My brother, being a thriving cellist at Music College, naturally took the line of “Mozart and Beethoven are geniuses. How can you compare them to a pop singer of the 21st century?”, which caused a debate lasting the majority of dinner.

Whilst I sat quietly observing, it led me to question: What is a musical genius?

Naturally, this is an extremely difficult question to answer because really, what features does this entail? Is it the ability to be able to fit into the present culture, yet still write something original? Or, is it the skill to stand out and rebel against the tradition of the time? Certainly, composers in the Neo-Classical period would consider this key, whilst composers from the Classical period may think less of this. The question then is: What are the most important features of music? A classical musician would probably lean towards an answer of harmony, melody, rhythm. Alternatively, a jazz musician might state that improvisation and complicated rhythms override all.

It cannot be denied that composers, such as Bach, are musical geniuses in their own right. To be remembered for so many hundreds of years later is a triumph in itself and must mean something. Bach essentially fathered the idea of harmony and how to form it, and did it so well that we are still studying it in school today (possibly to the reluctance of many students). Beethoven took us from the Classical period into a whole new era of music. Although Beyoncé’s music has not yet had the chance to live through hundreds of years and stand the test of time, nonetheless her music is recognised world-wide by a diverse age-range. Even if her style is not your favourite, you are bound to have heard a Beyoncé song at some stage or another. Whilst she has social media on her side and the advantages of publicity world-wide (which certainly wasn’t available to the composers of the 17th century), she must be doing something to be so successful, raking up an enormous loyal fan base of 14.1m followers on Twitter.

This leads me to think about her particular skills and the skills of other successful pop artists through the ages. The ability to write catchy melodies and produce new albums full of varied songs is a hard task, not to mention that pop artists also have to compete with everyone else in the market. Artists of this age have to make themselves stand out in a chaotic world of music distribution, where a new single is brought out every other day.

Whilst the question I posed is an impossible one to answer, as it must be different for each person, I have come to the conclusion that a huge variety of musical styles and composers must be considered as geniuses in their own right.

WANT TO BECOME A GUEST JUNIOR BLOGGER FOR THE LMP?

To be in with the chance of becoming one our Guest Junior Bloggers, submit a blog entry on any arts topic of your choice (up to 300 words), the best entries will be selected to work in collaboration with our Arts Management team to produce content online.

Please send your entries along with a short paragraph about yourself to our Marketing Manager, Cat Fuller | cat@lmp.org

Trading in your Teenage Social Calendar for Music College