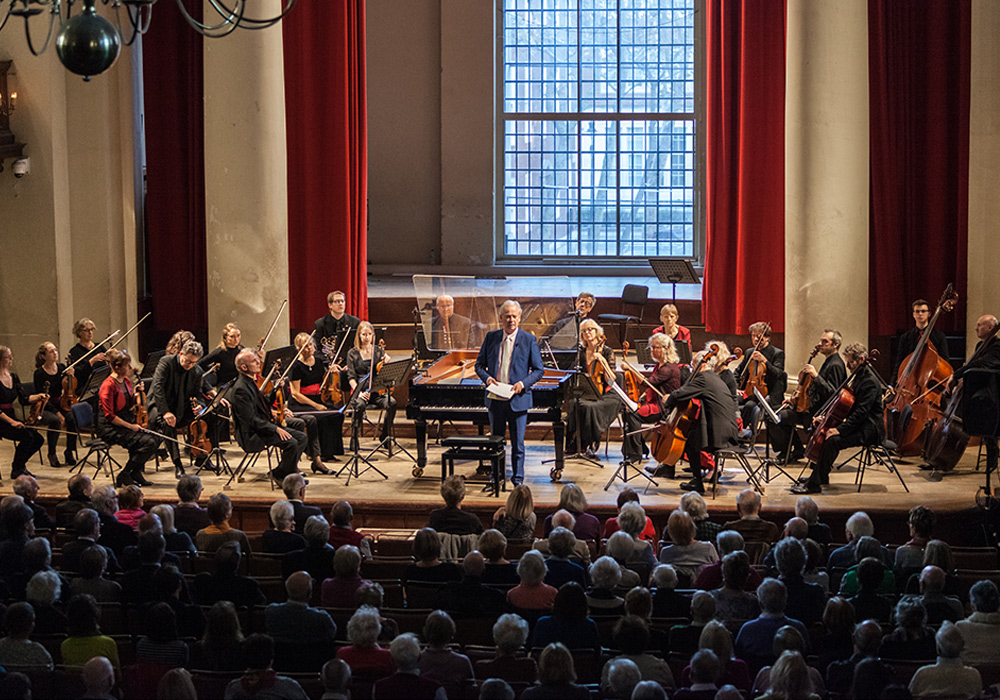 The seventh season of Piano Explored, postponed from October 2020 to February 2021, opens with Saint-Saëns much-admired second piano concerto – a tour de force for any pianist. By turns tempestuous, flighty and lyrical, this concerto breaks convention by having each succeeding movement faster than the last in a structured accelerando, ending with an exhilarating conclusion. Berlioz described Saint-Saëns as ‘an absolutely shattering master pianist’, and in Howard Shelley we have our own master at work. In this lunchtime concert, Saint-Saëns is paired with Mendelssohn’s a charming one-movement Capriccio Brillant, which reveals the best in sophisticated pianistic art. The gentle melancholy of the Andante and the contrasting dizzying arpeggios, chromatic runs and octave leaps of the Allegro will allow Howard Shelley to demonstrate his virtuosic skills and profound musicality. Howard’s entertaining and informative introduction will be followed by a performance of both works by the LMP with Howard directing from the piano.

‘[An] aristocratic command of the glittering keyboard pyrotechnics.’ Daily Telegraph