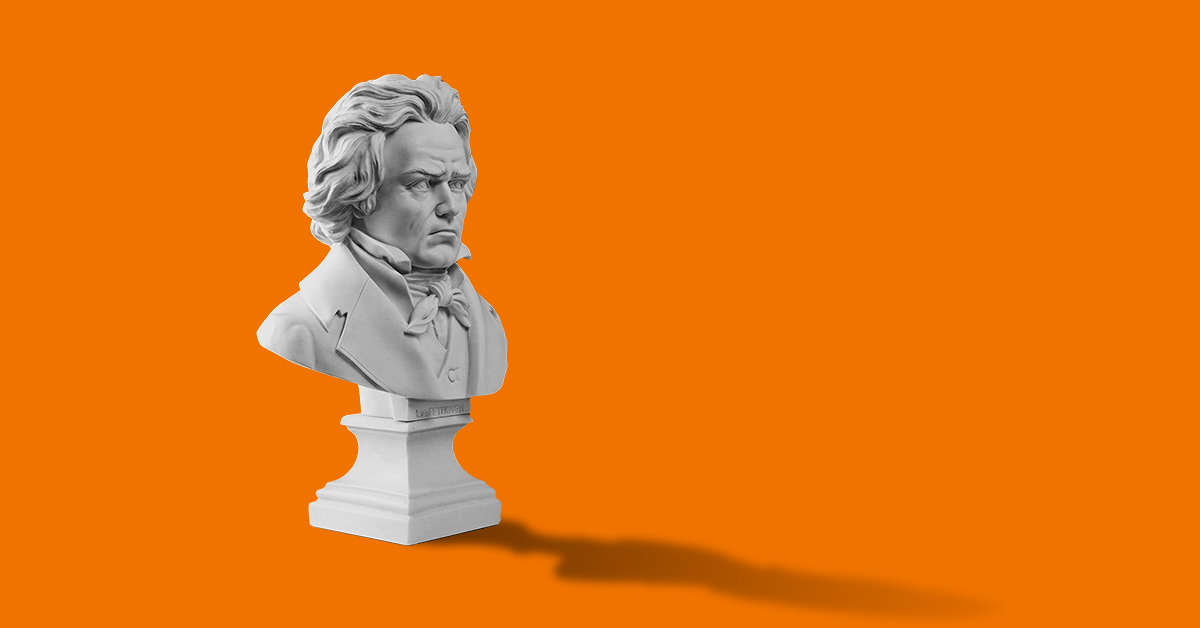 Not all famous works were a great success the first-time round. Take Beethoven’s Violin Concerto, for instance, whose first performance wasn’t quite what we’d call a crowd-pleaser. While the composer’s assessment may have been a little dramatic (asking to sit at a distance from performances so as not to hear his ‘music murdered’), Beethoven’s late finishing of writing the piece—only two days before the performance—meant the violin soloist had to practically sight-read on stage, causing critics to label the experience as ‘exhausting’.

But second chances are given for a reason and the concerto was revived four decades later by violinist afficionado Joseph Joachim who dazzled the audience and convinced the public of the piece’s worth. Ever since, the piece has become a firm favourite with violinists and is showcased tonight by our Young Artist-in-Residence, Leia Zhu.

Other composers had more luck in the popularity department. An ambitious 22-year-old Mozart was encouraged to ‘win fame and make money in Paris’ by his father and in 1778 he did just that. Hailed by the people of Paris as a prodigy, Mozart was wildly popular in the French capital and his Symphony no.31 is the product of this trip, proving sensational back then and a continued favourite today.

We’ll also be playing Jessie Montgomery’s ‘Strum for strings’ and ‘4 African Dances’ by Samuel Coleridge-Taylor. Leslie Suganandarajah joins us as the conductor for this concert.

It’s all about Mozart
Scroll to top