For an Unknown Soldier: A WW1 Commemoration

To commemorate the First World War, the London Mozart Players and the Portsmouth Grammar School commissioned the renowned composer Jonathan Dove to write a cantata to mark the centenary.

The commission, ‘For an Unknown Soldier’ lay at the centre of a multi-faceted project that encompassed primary and secondary schools, nursing homes and the local communities of Portsmouth and Croydon. The world premiere of the work took place in November 2014, and it has since been recorded by the LMP (due for release in November 2016).

In July 2015, the LMP launched a Kickstarter campaign to raise the money needed to record ‘For An Unknown Soldier’. After successful funding from a number of sources, the recording of this work took place in November 2015, involving many of the school children from the premiere of the piece. ‘For An Unknown Soldier’ is due for release in November 2016.

Key to the recording of this work taking place, was the generosity of our supporters. The LMP would like to thank all those who donated.

We are also extremely grateful for the support from Arts Council, Croydon Council & PRS for Music Foundation for making the initial ‘For An Unknown Soldier’ project possible.

Latest news about this project 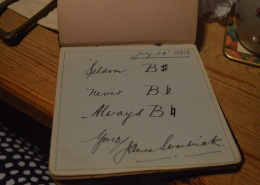 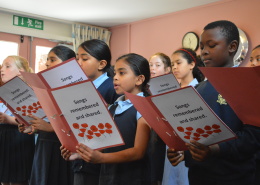 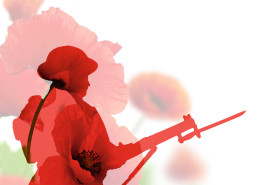 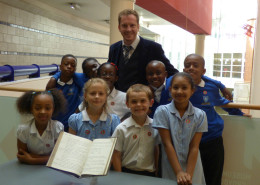 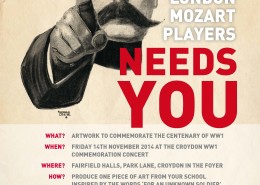 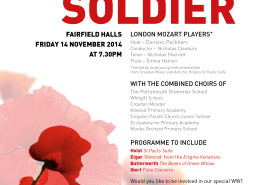 Jonathan was approached for this project not only on the account of his inspiring and exciting portfolio of work, but also for his experience in delivering community-based projects. He is notable for his operas, and choral and vocal output, and his work has always been particularly accessible, as he is well-known for his support in the development of new audiences for Classical music. He is regularly chosen as a composer to mark momentous occasions, and we are very much looking forward to the World Première in Portsmouth Cathedral and the London Première at Fairfield Halls of For an Unknown Soldier: A Cantata of Remembrance to mark the centenary of World War One.