Blog
You are here: Home / Blog / Blog / Mozart – It speeds up your reactions 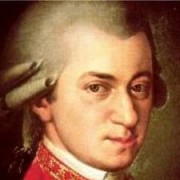 Listening to Mozart minuets could speed up your reaction times when working, according to a new study. Researchers from Kyoto and Harvard Universities found people of a range of ages worked more efficiently while listening to the soothing strains of a Mozart minuet.

Participants aged between eight and nine and 65 to 75 were asked to complete a Stroop task, where a word spelling out a colour is presented in a different colour (such as ‘red’ written in blue letters). When listening to Mozart quietly in the background, reaction times were faster and error rates were lower than when listening to no music at all, or listening to a modified version of the piece with introduced errors.

These findings help make the case that music, sometimes thought of as a pleasant byproduct of evolution, may have played an positive role in human evolution, regardless of cultural systems of harmony or pitch. It’s also further evidence of the Mozart effect, which suggests listening to classical music can make you more intelligent.