Alex Woolf’s ‘Homespun Miniatures’ are a sequence of four short pieces written especially for some of the London Mozart Players musicians at the start of lockdown, and premiered as part of their online ‘At Home with LMP’ series. Alex was inspired to write music after he had taken part in an LMP outreach project when still a child, and was reunited with the orchestra a couple of years ago, and subsequently commissioned to write a fanfare for the orchestra’s 2019 gala concert for the reopening of the Fairfield Halls in Croydon.

Alex commented: ‘It is just such a brilliant thing, now that I am writing music professionally, to be able to do so with some of these very same musicians who are still united in this amazing ethos the LMP has, both as an orchestra but also as a group of people who really care about music-making and education and engagement with the community’. 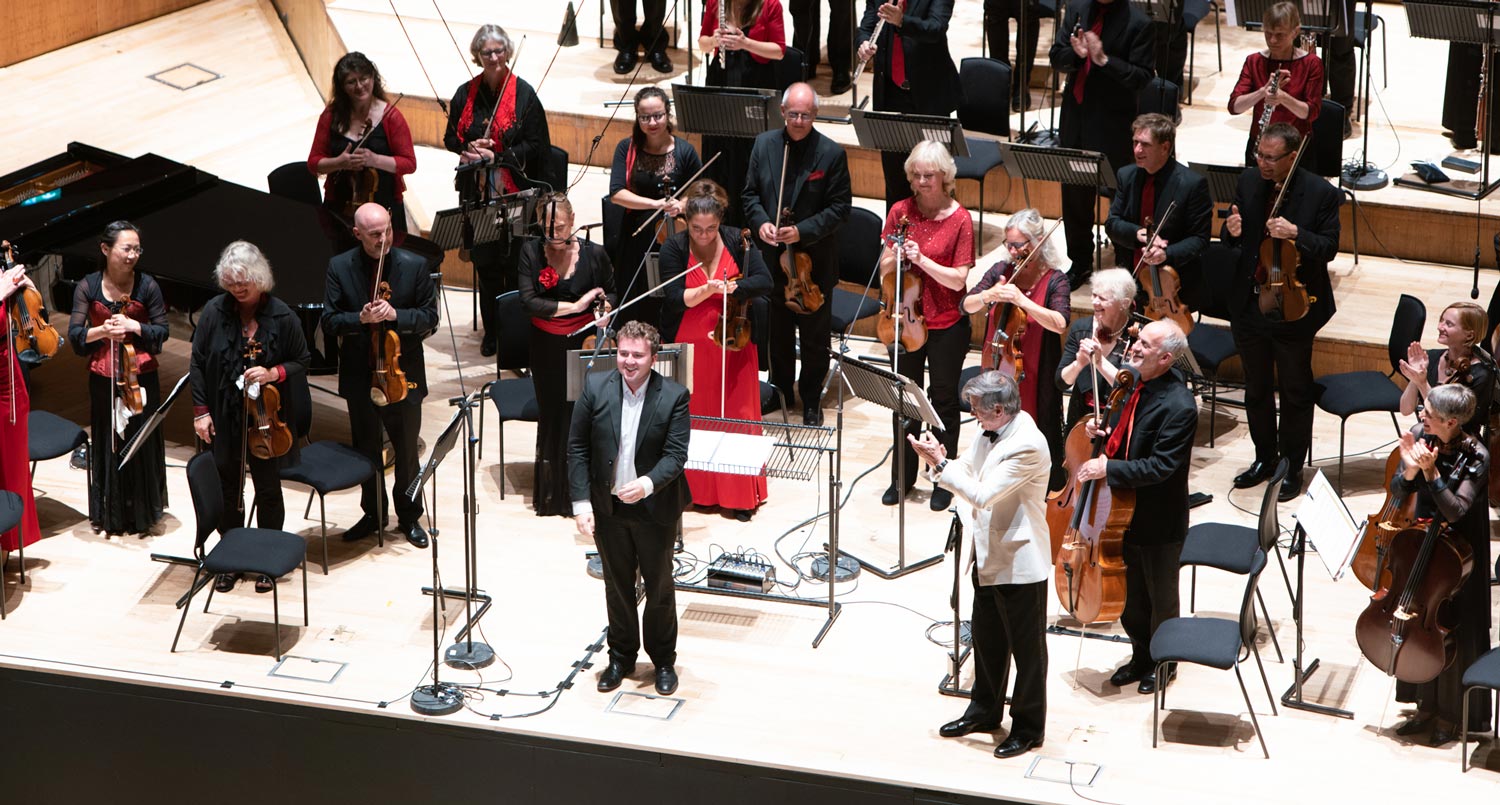 The first duet premiered on Channel 4 News, accompanied by footage of empty streets of cities around the world including London, New York, Paris, and Rome; the perfect juxtaposition.

Duet for violin & cello: a musical game between instruments who swap notes and tempi.

Solo for flute, written at the height of the lockdown, with music used as a catharsis.

Duet for two bassoons, a favourite instrument of Alex’s. Inspired by Bach, can two bassoons sound like four? The fourth Homespun Miniature will premiere at 9.00am on Scala Radio’s Facebook and Instagram pages, and will then be live on LMP’s YouTube channel from 10am.

Alex Woolf (b. 1995) is an award-winning British composer, described by Gramophone as ‘a major presence in starry company’. His music has been performed by artists and ensembles including Sir James Galway, London Symphony Orchestra, Iain Burnside, the Tallis Scholars and the BBC Philharmonic.

Recent works include Fairfield Fanfare for London Mozart Players, and M1 Symphony for the BBC Philharmonic. Alex’s NHS Symphony (2018) won awards at the Prix Europa, and was praised as ‘groundbreaking’ (The Times) and ‘haunting’ (Metro). This season sees the premiere of Alex’s first full-length opera, Pandora’s Box,
commissioned and produced by The Opera Story. In autumn 2020 Alex’s Requiem is released commercially on the Delphian label, with soloists Nicky Spence, Philip Higham and Iain Burnside.

In 2018 Alex was recipient of the Royal Philharmonic Society Composition Prize, and in 2012 he was BBC Young Composer of the Year. Alex studied St John’s College, Cambridge, and the Royal Academy of Music.