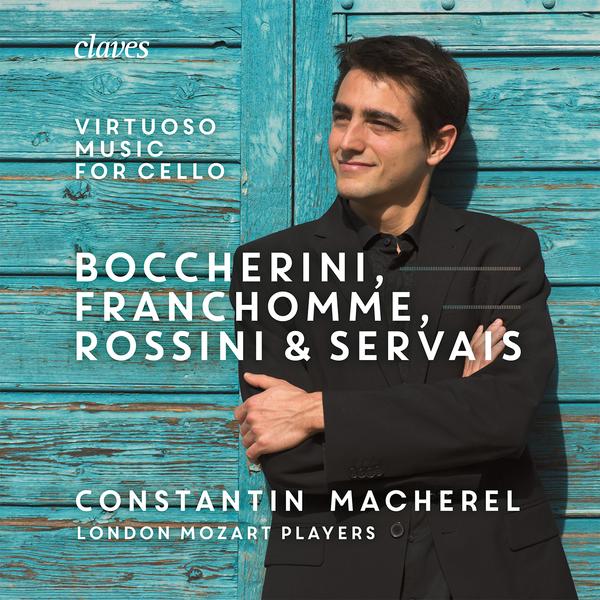 On September 20th 2019, Constantin Macherel is releasing a first CD with the London Mozart Players featuring concerti and rare virtuoso pieces for cello and string orchestra on the label ‘Claves Records’.

Constantin Macherel is a prizewinner of many competitions including consecutive 1st prizes at the Schweizer Musik-Wettbewerb für Jugendliche as well as the SUISA Prize. In November 2012, he won the 1st prize of the Schweizer Solisten Vorspiel for his interpretation of Schumann’s cello concerto with the Aargauer Sinfonie Orchester. In 2013, he is awarded with the prize of Leenaards Foundation for his skills as an individual artist and musician. Recently, in january 2018, he won the 2nd prize of the quadrennial competition Rahn Musik Preis für Streicher. In May 2019, Constantin Macherel won the special prize of the Klaipeda International cello competition. He has also been supported by foundations for young artists such as Fondation Irène Dénéréaz, Fondation Casino Barrière de Montreux, Concours Nicati-de-Luze, Fritz Gerber Stiftung, Schenk Stiftung für junge Solisten.

​Preorder the CD now, featuring works by Boccherini, Franchomme, Rossini and Servais, by following the link below: